My old friend the Orang Utan

Good morning everyone, I hope you are all as well as you can be...hugs.

I would like to welcome new follower Marie-Louise, lovey to have you aboard...hugs.

Onto my card for today. This is a photograph I took at Twycross Zoo way back in 2010. I have used him on cards before but I thought it was time he saw the light of day again. I still have to smile when I see him and remember the day I took it. I was so fascinated with him, and I stood watching him for ages! He had such deep wisdom in his eyes and looked at us mere humans as though we were to be pitied! 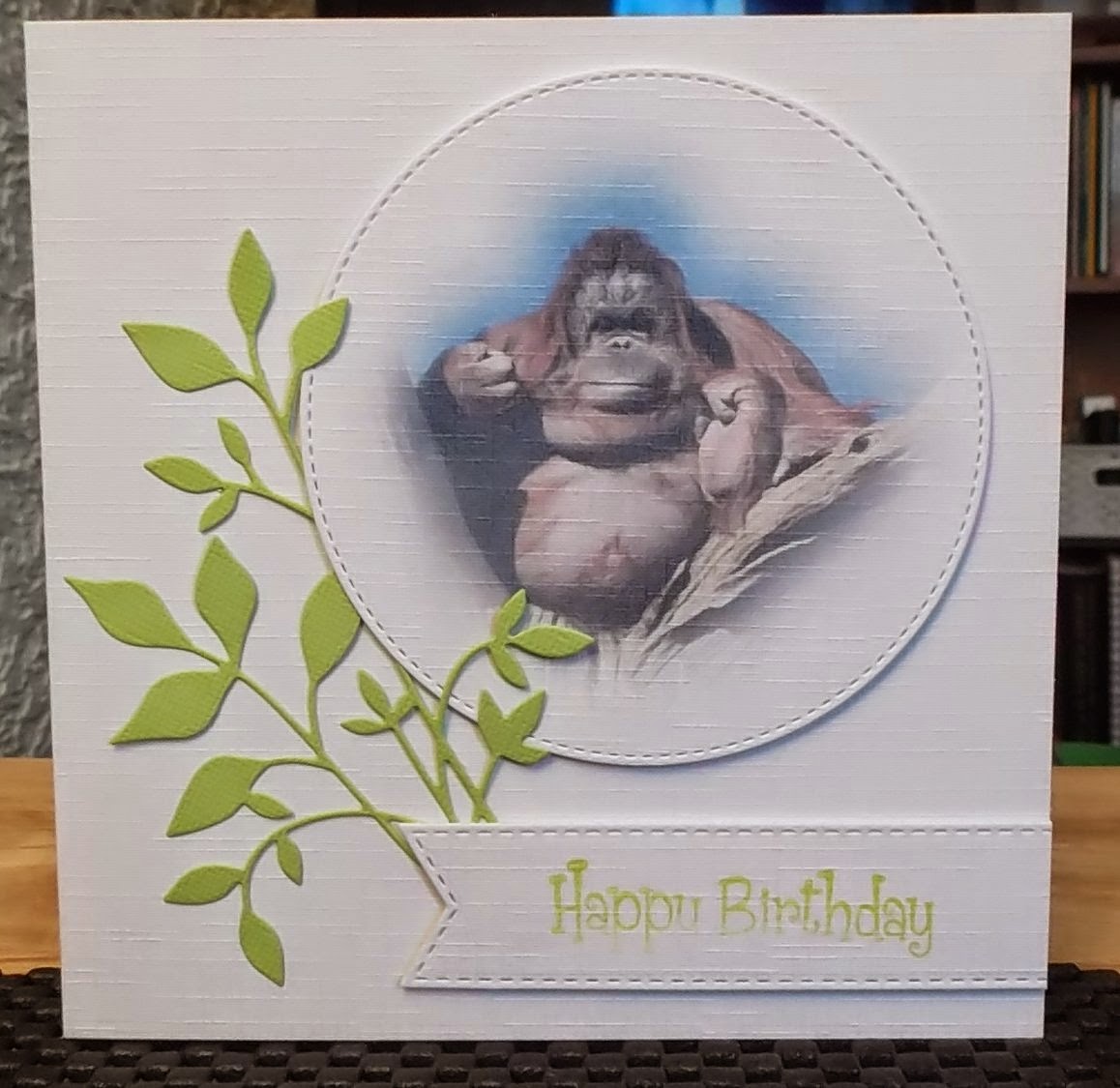 Basecard is my usual white linencard from The Range, folded and cut to fit a 6x6 envelope.
Photograph pritned onto the same card, then cut with Die-namics round stitched circle die.
Sentiment stamped with Stamps and Smiles then cut with Die-namics fishtail die.
Foliage cut from a piece of scrap card with Memory Box die.
For a change, I decided to add my original photograph so here he is in all his glory. I had previously been watching him ambling around then he decided he wanted to be above us all, so up the tree he went :o) 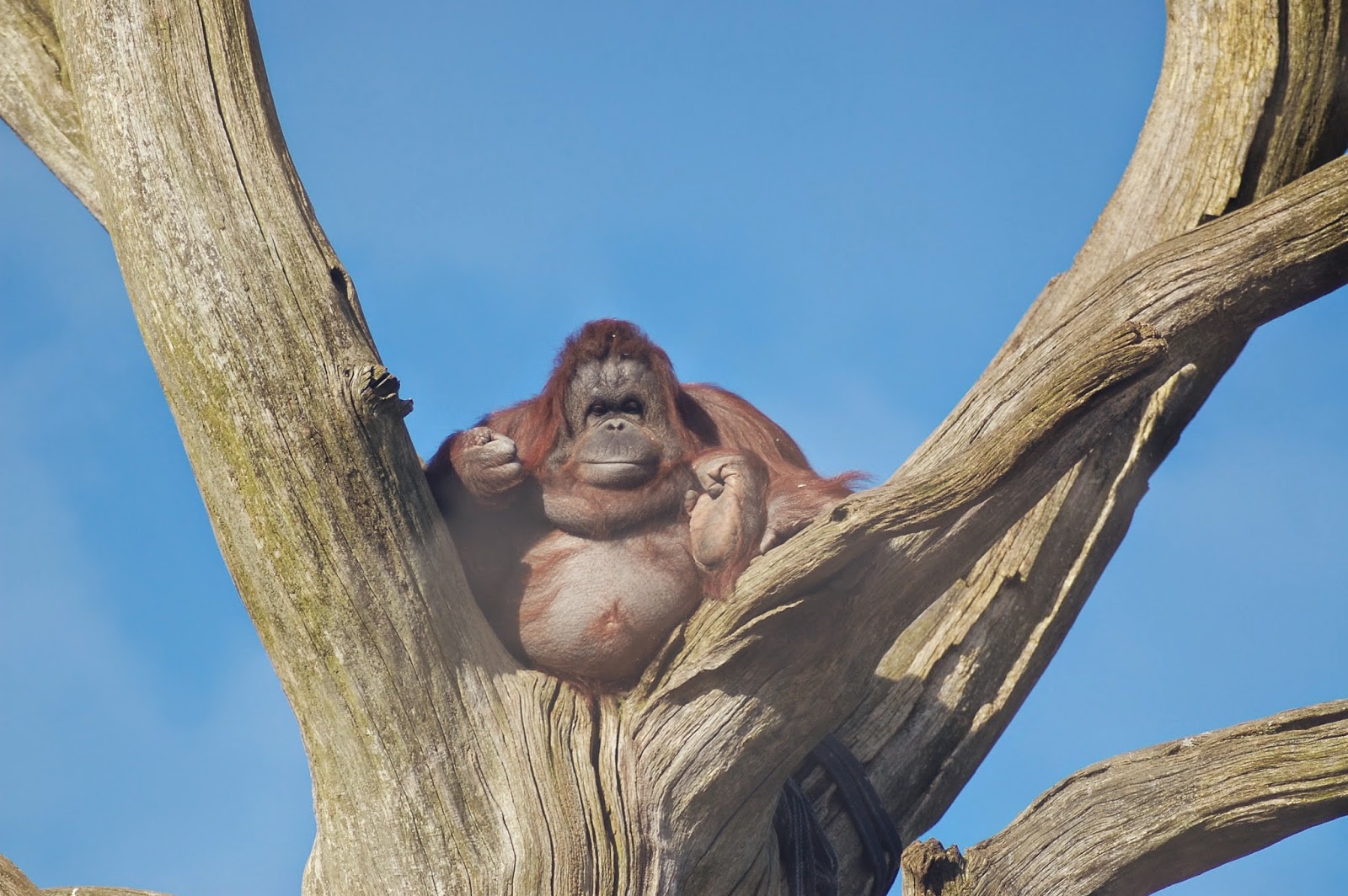 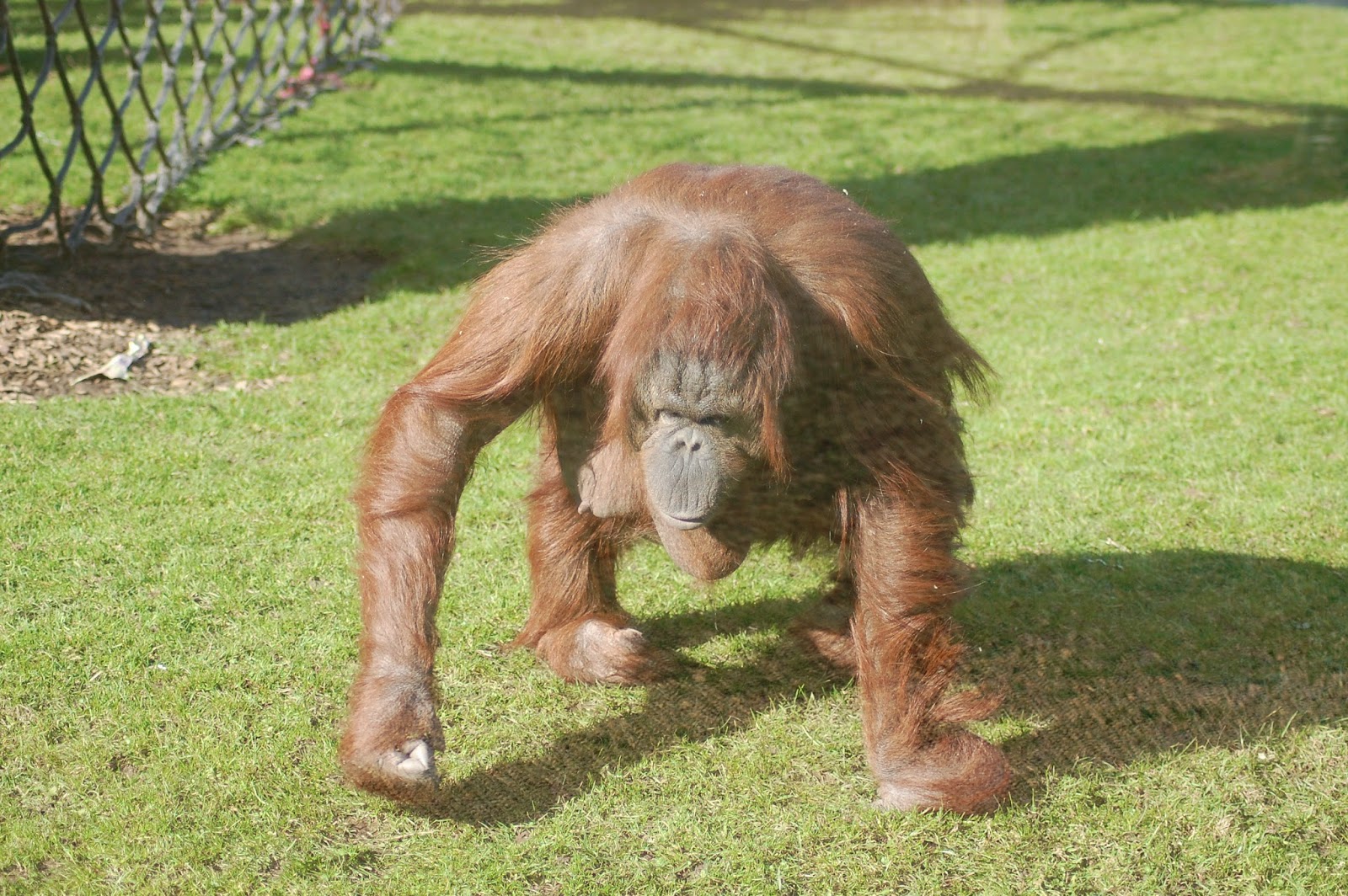 This was him before he went climbing :o)
Jackie xx

Had to pop over and take a peek a this beauty Jackie, still not got properly back into blog visiting but slowly does it I guess.

Hope you have a good weekend.

Great card Jackie, love the photos, he gorgeous isn't he?

More lovely cards Jackie. Like the photos of Twycross Zoo, goodness, I havent been there for a number of years. Somewhere I must add to my list of places to visit this Summer. Hope you are keeping well. Tracey x

Oh Jackie he is so splendid, I love him and a fabulous card with himself as the main feature.....
Hope all is well for you and yours....enjoy the week-end.xx

What a brilliant photo and a gorgeous card, Jackie. He is wonderful

Amazing photos and a fab card loved this post its really made me smile he's quite a hunk !! Love and hugs Carole x

What a brilliant card Jackie, love the photo x

This is another stunning card Jackie. I never thought of printing onto the linen card. I use linen card all the time as I love the effect that it gives. I will have to try this now. This card is just fabulous and you are right they are such intelligent creatures and it shows in everything they do. Thank you for your kind welcome.

Love this guy and an amazing card you made.xxx
....Hope you have a lovely weekend.xx{aNNie My Personal Blog}

Brilliant! And with the leaf die-cut, he looks like he's sitting in a tree on your card! You'll have to be careful who you send this to though... someone with a sense of humour! LOL!

Hi Jackie this is a brilliant card I always love your photographs. Hugs Jackie

Fabulous Jackie, looks like he's posing for you, he is a handsome hunk though! LOL
hugs Jacee
Simply Paper Card Design

Too adorable! I can see why you were fascinated by him! Another lovely photo. Thought of you a couple days ago - I was cleaning out a pile of pics and came across a nice photo of a bird my Pop had taken. It really reminded me of your beautiful photos! Hugs, Joanne

WOW! What subject matter You have such a good eye........Lis

Great photo and card.
Such intelligence on his face.
Myrna

Such a fab card with this handsome chap, makes a great card Jackie. Carol xx

Great card Jackie and I agree he is great isn't he ;) Viv xx