The last of my Easter cards...I think!

Good morning everyone, I hope all is well in your world...Hugs.

Did you see the eclipse yesterday? I tried with pinhole in black card projected onto and white card, but it was hurting my back too much to stand in the one spot so I gave up and was content to see it on the news later. Where I live, it was only a partial eclipse anyway! As the next full solar eclipse is due in somthing like 2080 or 90 I think it is safe to say I won't be around to see it LOL.

Anyhow, on to my cards for today, two of them. Same photograph, taken two years ago at Calke Abbey, on both of them. 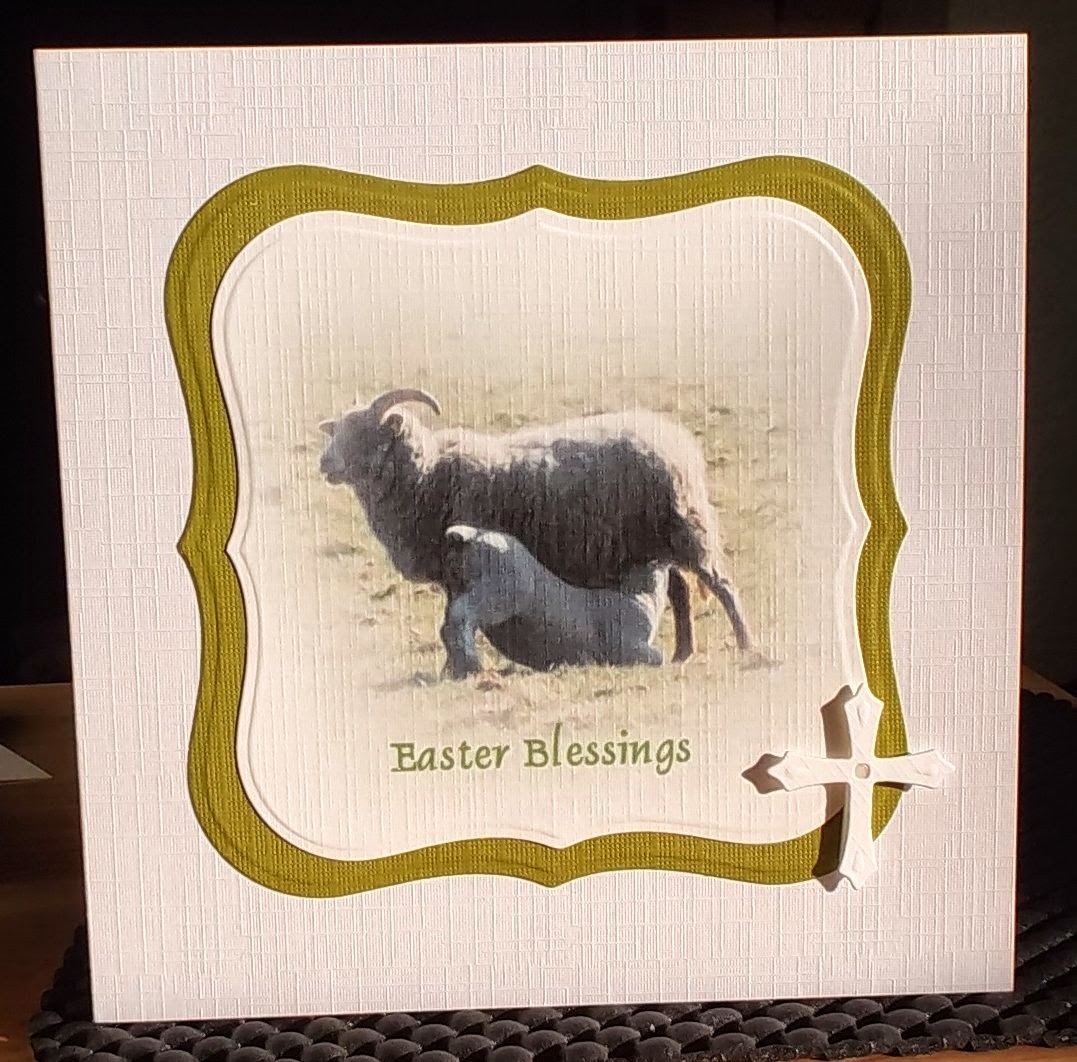 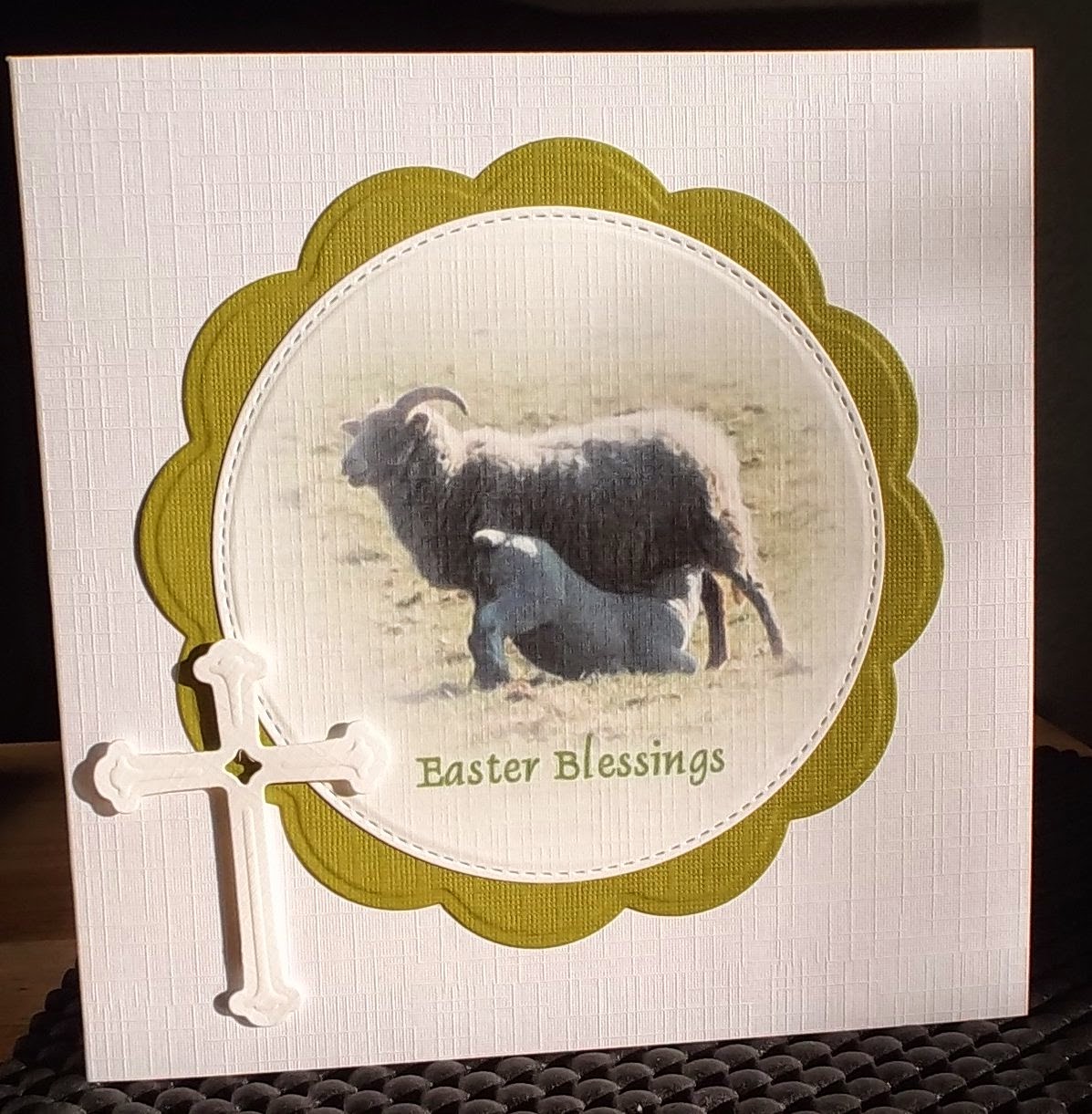 As you can see, they are both practically the same, just different frames and crosses.
All white card used is my usuall white linencard from The Range.
Green card is Papermania textured card.
All dies used are Spellbinders except for the stitched circle, which is Die-namics.
Both cards are folded and cut to fit 6x6 envelopes.
I used my favourite Dauphin font for the sentiments :o)
Jackie xx
Posted by Jackie at 07:10

Brilliant card and such a gorgeous design and image used.xx
{The Journey is the Start – my personal blog}

Morning Jackie, you are so good at taking pictures. Love the framed images and fun designs.

Always love your photos and have been enjoying how you used the beautiful cross. Something about sheep that is calming and earthy...maybe their slow ways and that we can use their wool. Love the cards equally as much as the other. Nope, no ellipse for me.

Hi Jackie great cards such gorgeous photos and I love the CAS design so elegant. We saw the eclipse from our front porch it was great but only about 90% coverage fortunately the clouds kept breaking up. However the news coverage was much better love and hugs Carole x

Two lovely cards - the photo of the lamb & mother is gorgeous. Elizabeth xx

PS: Hope your back has recovered. We saw some of the eclipse but then it was obscured by clouds.

These are beautiful Jackie,I love the pics
Kevin xx

Morning Jackie, such wonderful cards as usual. Loving all your Easter ones. Enjoy your holidays, hope you are doing something nice. Trust the back is better now. Take care, Tracey x

so gorgeous jackie.the photo is so sweet and fab designs ;D

Hi Jackie your Easter cards are gorgeous. No eclipse viewing in Southampton there was too much cloud. Hugs Jackie

Both fabulous Easter cards Jackie... you are so very organised!

And I was also standing with the pinhole card.... but it was quite cloudy here so we got to see very little of the eclipse!
It was odd to hear the birds start up their dawn chorus again though..

Aww what a sweet photo! You're always so much better organised than me ... Ive only just started my Easter cards ;)